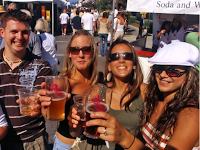 A conviction for a sex offense will follow you around for the rest of your life.  When someone is found guilty of a sex crime they are forced to register wherever they go…FOREVER!  Even worse, when a juvenile is convicted of such a crime it may be minor by comparison, but it will haunt them for all of their remaining decades.

Whatever you do make sure that you do not talk to the police until you are represented by an attorney.  You could be charge with any manner of felony ranging from indecent exposure to rape if you say the wrong things in a police interview.  Most sex crimes may be charged as just a misdemeanor instead of a felony.  Did you know that?

San Jose California sex crimes defense attorney William Chestnut has handled hundreds of these cases over the last 40 years.  He is at the ready to protect you from false prosecution if you live in Santa Clara, San Mateo, or Alameda County and the surrounding area.  This situation will not go away on its own.  Call San Jose criminal defense attorney William Chestnut today at (408) 298-6990.
No comments:

California is Tough on Domestic Violence.

In recent years California has concentrated more of its efforts to curb domestic violence.  Some of these new “get tough” policies have led to overzealous charges.  Many times criminal punishment is not the solution.  A revitalized family structure is a better alternative.  If there is a genuine commitment to change for the better the court system may be more lenient.

Some of the domestic violence charges in the Big Bear state may be domestic force, which causes injury.  Assault, which is any violence against a family member.  Perhaps the charge is kidnapping, which is a very gray area of holding someone against their will.  If there has been an attempt to dissuade someone into not calling authorities or not testifying, that too may be a charge of domestic violence.

Domestic violence defense lawyer in San Jose California, William Chestnut, will muster his nearly 40 years of experience to defend you vigorously against charges such as this and others that fall into the category.  If you have been accused of domestic violence in Santa Clara County, San Mateo County, Alameda County, Silicon Valley, or the South Bay area act quickly.  Call Attorney Bill Chestnut today at (408) 298-6990.
No comments: