The Difference Between Theft and Burglary.

We hear these words interchanged often, but most of us do not think of the difference between the two.  First of all, there is theft.  It is sometimes known as larceny, petty theft, or grand theft.  To commit a theft, someone has to take another person’s property without the owner’s consent.  It involves money and other physical goods.

Then there is burglary.  In this particular case, you don’t necessarily have to take any property to be convicted of this crime.  You can actually be convicted without committing a crime within the building, and the crime you intend to commit does not have to be theft or robbery.  Force or violence does NOT have to be present to be charged with burglary.

The nuances of theft vs. burglary could mean the difference in considerable prison time.  You must seek proper representation to defend yourself against either charge.  People in California have been turning to San Jose burglary and theft defense attorney William Chestnut for decades.  Arrange an appointment at Bill’s office right away by calling (408) 298-6990.
No comments:

BOO BASH HALLOWEEN PARTY..... Get your costumes and dancing shoes ready! Get your friends and groups together and come join us !! 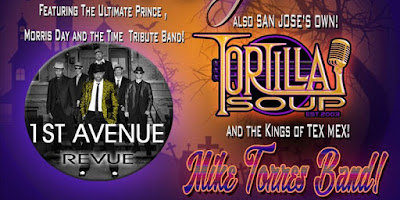 Things are Getting Hot Beneath that White Collar.

In the internet age, white collar crime is rampant.  Maybe you or a loved one have been accused of such a crime.  If so, take it VERY seriously!  Just because you did not use a lethal weapon does not make the offense any less important.  Fraud, forgery, and identity theft are very common in personal and business life.

If you or someone you care about have been accused of one of these crimes you need an attorney who will stand up for your rights and ensure you get the best defense possible. Maybe you have been unjustly accused or you took actions you now regret, you still have the right to protect and defend your rights and tell your side of the story.

Since the dawn of the internet age Californians have turned to William Chestnut for aggressive and thorough defense.  He is a San Jose area white collar crime defense attorney.  Bill is a man who has fought for the fair treatment of hundreds of accused criminals over the decades.  Please call him today at (408) 298-6990.
No comments: