If convicted on drug possession charges, you are facing a wide gamut of penalties at sentencing, varying from state to state. Penalties for simple possession can range from a fine of less than $100 and/or a few days in jail to thousands of dollars and several years in state prison for the same offense. Simple drug possession sentences tend to be the lightest, while intent to distribute drugs or the manufacturing of drugs carry much heavier penalties. Prosecutors sometimes offer plea deals to defendants who may be able to help them with a higher-priority investigation, perhaps leading to the arrest of an organized crime leader and/or dismantling a cartel.

Federal lawmakers enacted mandatory minimum sentencing guidelines for drug offenses in 1986 in an attempt to target high-level distributors. However, these minimum sentencing guidelines also impact lower-level drug defendants. Most states have adopted a similar approach to drug sentencing. These fixed sentences are based on the type of drug, the weight of the drug, and the number of prior convictions. Kentucky, which has adopted similar mandatory minimum sentencing guidelines, has some of the toughest provisions. For simple possession, first offenders in Kentucky get two to 10 years in prison and a fine of up to $20,000. In contrast, here in California, we have some of the lightest drug possession sentences: between $30 and $500 in fines and/or 15 to 180 days in jail. We realize there are much bigger fish to fry!

Many states have instituted what are known as drug courts, which are programs for felony drug defendants overseen by a judge who aims to rehabilitate the defendant (often repeat offenders) instead of taking the case to trial. Judges have substantial control over the operation of drug courts. A drug defendant who agrees to drug court spends roughly 12 to 15 months attending treatment sessions and undergoing random drug tests while appearing before the drug court judge on a regular basis. Those who fail to appear in court or fail drug tests are arrested and often given a brief jail sentence. But the idea of lengthy sentencing for repeat drug offenders is becoming a less popular solution. A "nudge from the judge" is sometimes exactly what some people need.

Factors that influence penalties for drug possession -- aside from mandatory minimum sentences -- include a defendant's past record, the amount and type of drug. Some states have effectively decriminalized possession of marijuana, making it a simple infraction (not unlike a traffic ticket), while possession of crack cocaine once carried the harshest penalties in most states. Depending on a given state's sentencing rules, judges have a certain degree of discretion and can impose sentences ranging from fines, community service hours and probation to lengthy prison sentences.

You Have The Right To Refuse A Breathalyzer Test

As the weather gets warmer and the days grow longer, a familiar scene is taking place all over America's vacation destinations. Spring Breakers are converging on every locale from the mountains to the beach. With that influx comes an increase in DUIs. 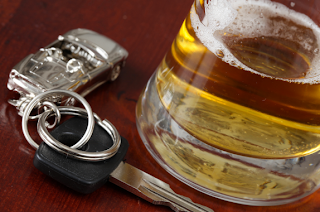 If you or someone you know has had a DUI, then you know what a costly and taxing ordeal it can be. Your spring break can go from a dream-like oasis to a nightmarish hell.

When people see the red and blue lights in their rear-view mirror they are often times so petrified with fear that they immediately start giving away their rights. Generally, the thought is if they are courteous and compliant with the officer then they could perhaps charm, or lie their way out of it. That's a big mistake. Yes, you should always be courteous and respectful to any peace officer. However, they are not there to make friends or even to cut you a break.

If you are accused of drunk driving, the arresting officer will ask you to perform a field sobriety test. Don't do it. It is your right not to and you should exercise that right. Also, you have the right to refuse a breathalyzer. Refuse it. This is another attempt to essentially try and convict you on the spot. Simply and respectfully decline. They will arrest you and they will impound your vehicle, but now you have a leg to stand on. You haven't provided field evidence that can be far more damning than any tests they subject you to when you get to the station.

It is not an ordeal anyone wants to go through. The best way to avoid a DUI, obviously, is through abstinence. But, reality has proven that the best of us still get caught up in the worst of scenarios. Just remember, if you do get caught up in one of those scenarios--Clam up and lawyer up.

Contact San Jose DUI Attorney William Chestnut at 408-298-6990 if you have been arrested for a DUI.
No comments: